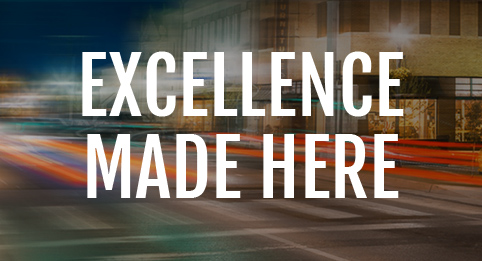 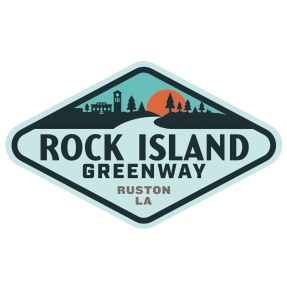 The Rock Island Greenway, named after the railroad that once used this right-of-way and was in large part the reason for Ruston’s founding, is a shared-use walking, running and bicycling path and linear park that will eventually run almost 6 miles across the city, connecting neighborhoods, businesses, educational institutions, and recreational amenities. The greenway greatly improves quality of life, economic opportunity, and the health of our community.

What is a greenway? A greenway is a linear park or open area that encourages recreation and active transportation, typically through bike and pedestrian paths.

The greenway will be the first of its kind in the region and will serve as a vital transportation link that fosters a vibrant and active culture, encourages economic development and opportunity, promotes safety and health, and offers our community a state-of-the art public space.

Motorized vehicles are not allowed on the greenway or any undesignated parking areas. The greenway is open daily from sunrise to sunset

The city broke ground on the path in December 2016. The RIG Project is divided into five construction phases and timelines.

The first leg of the greenway officially opened in June, 2017 and runs south, for one mile, from the intersection of W. Kentucky and Chautauqua. This twelve foot wide compact aggregate path traverses a native forest aside a small creek... Be on the lookout for migratory songbirds.

The second leg of the greenway was completed in 2019 and runs south for 2 miles from W. California Ave to W. Tennessee Ave. It is a twelve foot wide paved path running next to the edge of Tech Farm. You can enjoy the arched tree coveraged and rolling farmland, complete with the occasional group of cows.

The third and most recent section of the greenway was completed in 2020 and connects the east side of Cook Park to Phase I at W. Kentucky Ave. It is a twelve foot wide paved path weaving through hardwood trees and crossing over Chautauqua Creek.

Public parking for the Greenway can be found at Cook Park, Duncan Park, and near the W. Kentucky Substation.

Thanks to voters’ approval (69%) in April ’16 of the Moving Ruston Forward initiative (which funds critical investments in streets, water, sewer, as well as active transportation infrastructure) the City has been able to embark on this ambitious plan. Construction is now underway on the first shared-use path in the region, the Rock Island Greenway, which will be the centerpiece of Ruston's new bicycle/pedestrian network. This 6-mile rail trail will dramatically improve community health by establishing unprecedented opportunities for physical activity, active transportation, and exercise. It will establish direct connectivity between neighborhoods, businesses, grade schools, Delta Community College, Louisiana Center for the Blind, and Louisiana Tech. The greenway also greatly expands access to healthcare, jobs, social support services, cultural centers, and recreation. Furthermore, it will pass directly through some of the city's most underserved neighborhoods, in which a substantial share of residents are reliant on walking and biking for transportation, and where opportunities for physical activity and recreation are especially limited.

The Chicago, Rock Island and Pacific Railway (CRI&P), also known as the Rock Island, or the Rock, was a class 1 railroad running west, southwest and northwest from Chicago. The railway was chartered in 1847 as the Rock Island and LaSalle, and later it was decided the line should stretch into Chicago. Over the years it expanded to many states, and fell into bankruptcy. One line ran from Little Rock, Arkansas to the south, through Junction City, Ruston, Hodge, Jonesboro, Winnfield, Packton, and then into Alexandria.  By 1984 all assets had been sold, and the line ceased to exist. 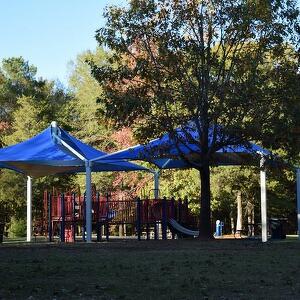 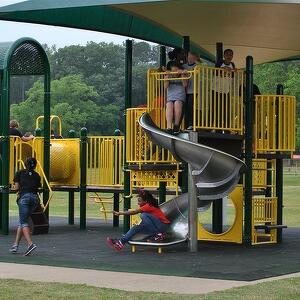 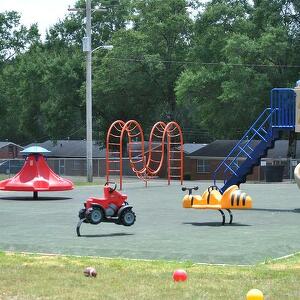 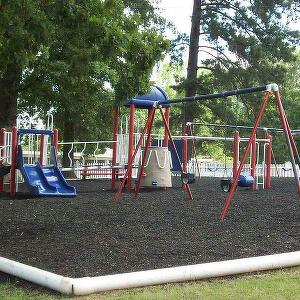 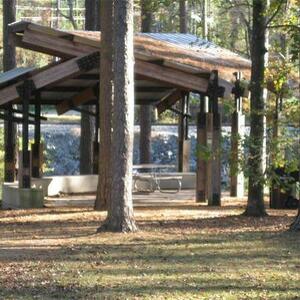 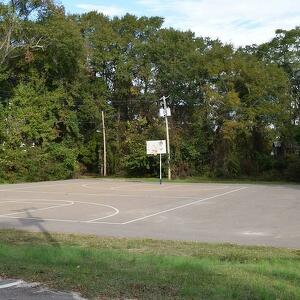 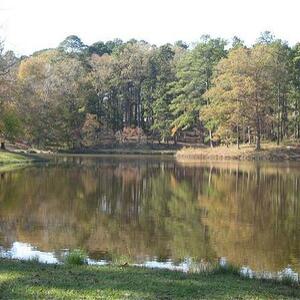 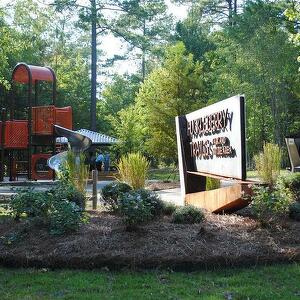 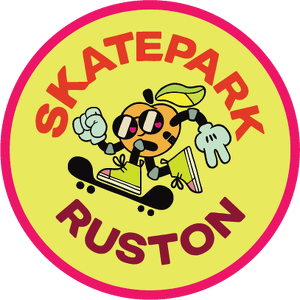 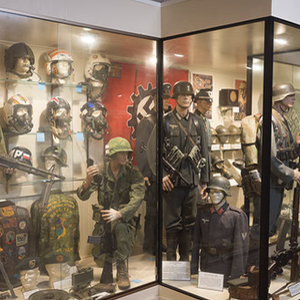 1.  Motorized vehicles are not allowed on trails or any undesignated parking areas.
2.  Inline skates, roller skates, skateboards, and bicycles are only permitted on areas specifically designated for their use.
3.  All pets must be on a leash and under the control of their owner while on park property. Leads and leashes shall not exceed ten feet in length. Park patrons shall not allow a pet, even if leashed, to disturb other patrons or to create a nuisance while on the park property.
4.  Firearms are not allowed on park property, except by duly authorized law enforcement personnel.
5.  Fireworks are not allowed at any time on park property.
6.  No person may build, ignite, or maintain an open fire or flame on any park property, except in an appropriate facility or device provided, maintained, or designated for such purpose, or as authorized by the Parks and Recreation Director.
7.  Park patrons shall not operate any noise-making device in violation of local ordinances.
8.  City of Ruston parks are opened daily from sunrise to sunset. Hours of use may be extended for special events, or as otherwise approved by the Parks and Recreation Director.
9.  No person shall abandon a vehicle or other personal property at any park facility. Abandoned property shall be removed, impounded, and disposed of in accordance with City of Ruston ordinances and the appropriate laws of the State of Louisiana. Likewise, no person may leave a vehicle, boat, barge, jet-ski, trailer, tractor, or other property unattended at any park facility in such a manner as to create a hazardous or unsafe condition, or be in violation of a park curfew. Such property may be removed to a safe place or impounded.
10. All park vegetation and wildlife are protected at all times. No person shall damage, disfigure, pollute, or remove any natural resource. Hunting and trapping is prohibited in all park areas, although fishing is allowed with the appropriate State of Louisiana fishing license. No person shall willfully injure, mutilate, thrash, or destroy any vegetation on park property. No person shall collect, harvest, or stack dead wood. The collection of pecans, and other fruits, is allowed; the thrashing of trees for this purpose is prohibited.
11. Park patrons shall not use or occupy any facility or area for which a reservation fee has been paid. Parties with confirmed reservations have priority at all times. Reservations may be made in accordance with the City of Ruston policy.
12. Public demonstrations and/or political rallies or assemblies are not allowed on any park property.
13. Any area under the control of the City of Ruston Parks and Recreation Department may be closed by the Parks and Recreation Director until such time as the site can again be made available to the public. Except in the case of emergencies, notice of such closures shall be posted.
14. Park patrons engaged in disruptive, destructive, or hazardous conduct may be asked to stop such conduct by any park attendant. In such cases where the park patron’s conduct is unlawful, or poses an imminent threat of injury, or prevents public enjoyment of the park or facility, appropriate law enforcement personnel will be immediately summoned.
15. No advertising or posting of any signage, including handbills and temporary signs, is allowed on park property without the written permission of the Parks and Recreation Director.
16. No person shall conduct commercial sales or offer to sell any goods, wares, drinks, food, or other items, nor render any service for hire at any park or facility except as authorized in writing by the Parks and Recreation Director.
17. Park patrons shall not use offensive language, make unreasonable noise, engage in offensive gestures, or otherwise disrupt the peace and quiet of any park.
18. No person shall camp, erect a tent or arrange bedding, or both, for the purpose of remaining overnight in any park or facility. Use of a trailer, camper, or other vehicle for the purpose of remaining overnight is likewise prohibited.
19. All persons shall comply with all posted signage and abide by all City of Ruston ordinances and State of Louisiana and Federal laws while on park properties or facilities.
20. The sale, possession with intent to sell, or the consumption of alcoholic beverages or illegal drugs is prohibited in all City of Ruston parks. Provisions may be available for alcohol use inside rentable centers, per current policy.
21. Glass containers are prohibited at all times on park properties, with the following exceptions:
a)  Glass-lined vacuum bottles and glass-lined picnic beverage containers.
b)  Baby bottles or jars containing food for consumption by a baby.
22. Swimming is prohibited in all lakes, ponds, creeks, and other waterways within park areas.
23. Special rules and regulations may be developed for specific facilities or for special events.